Brief: To provide a solution to the problem of kids going to school hungry and to promote awareness of the problem.

Solution:  kids are very susceptible to people’s opinions when it comes to school meals. I found that a lot of children entitled to free school meals are embarrassed by this and are exposed to bullying, so don’t take up the offer. Bloom works like an oyster card which each child taps to pay for their food. Kids who receive free school meals will not be distinguishable from those who pay, creating an anonymous system that ensures kids get fed. 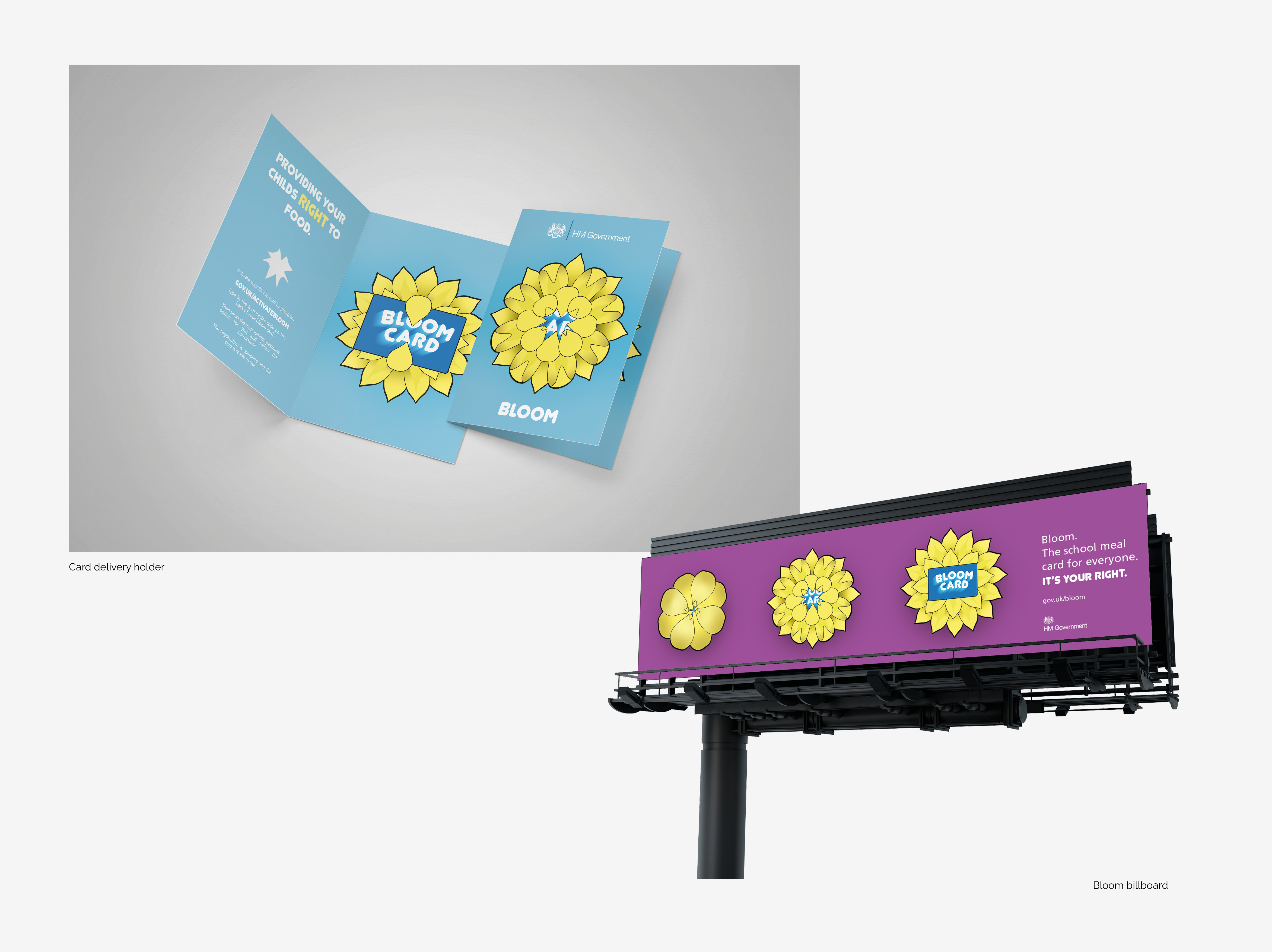 Brief: To destigmatize and normalize skin conditions within a target market of 13-25 year olds.

Solution: Through my research and personal experience I noticed the great mental health affects skin conditions can bring and focused on Eczema. The stress caused by Eczema causes it to last longer and become more severe. Doctors simply prescribe creams as a treatment which doesn’t work for many people. In reality it’s often lifestyle changes that help break the cycle. My solution deals with the situation by treating the sufferers ‘triggers’ while helping them to not be embarrassed by their appearance due to their eczema. To achieve this I created a care package and an app linking them to a community of people with similar issues to help them realise that they are not alone and destigmatize the condition. 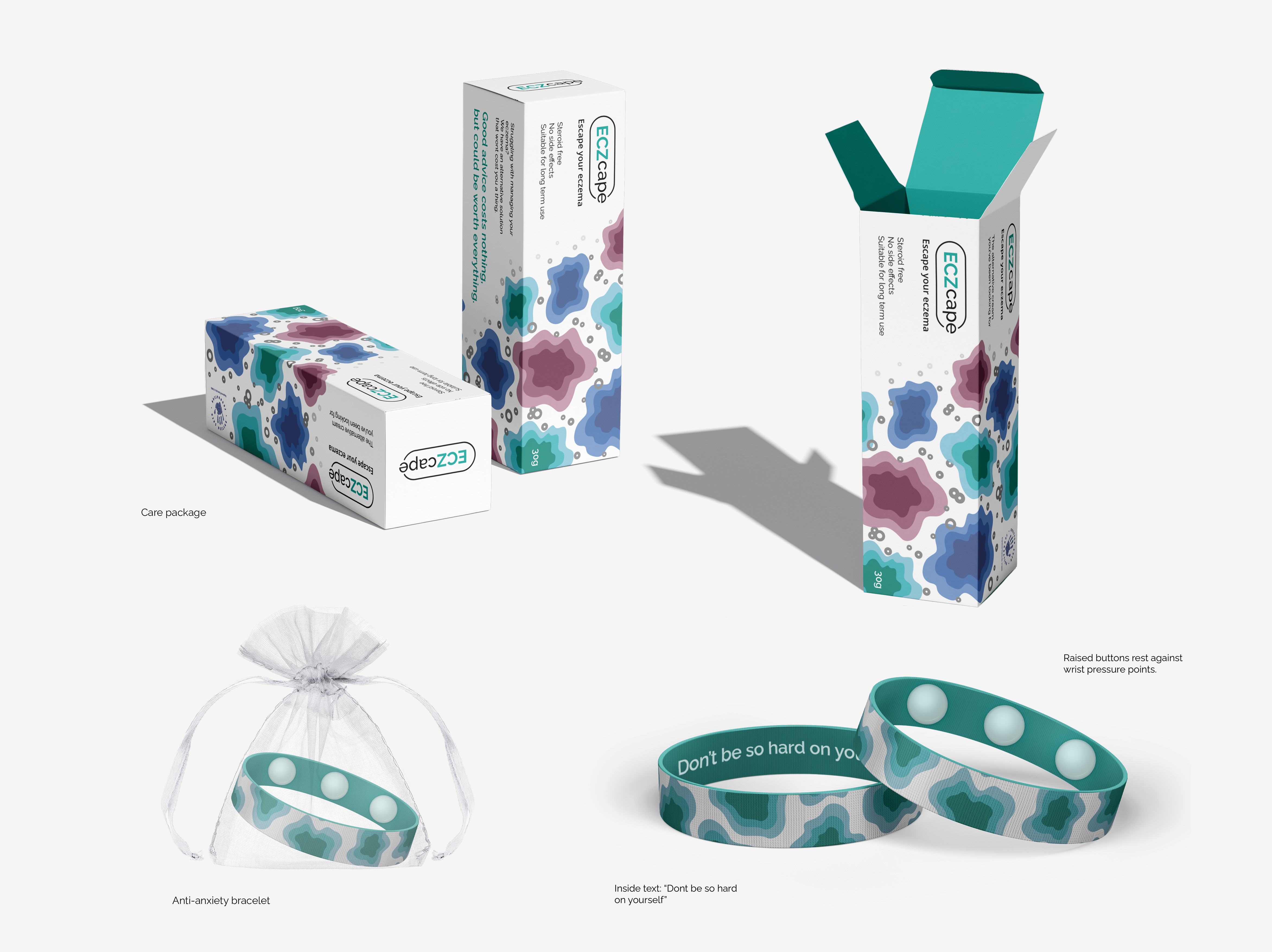 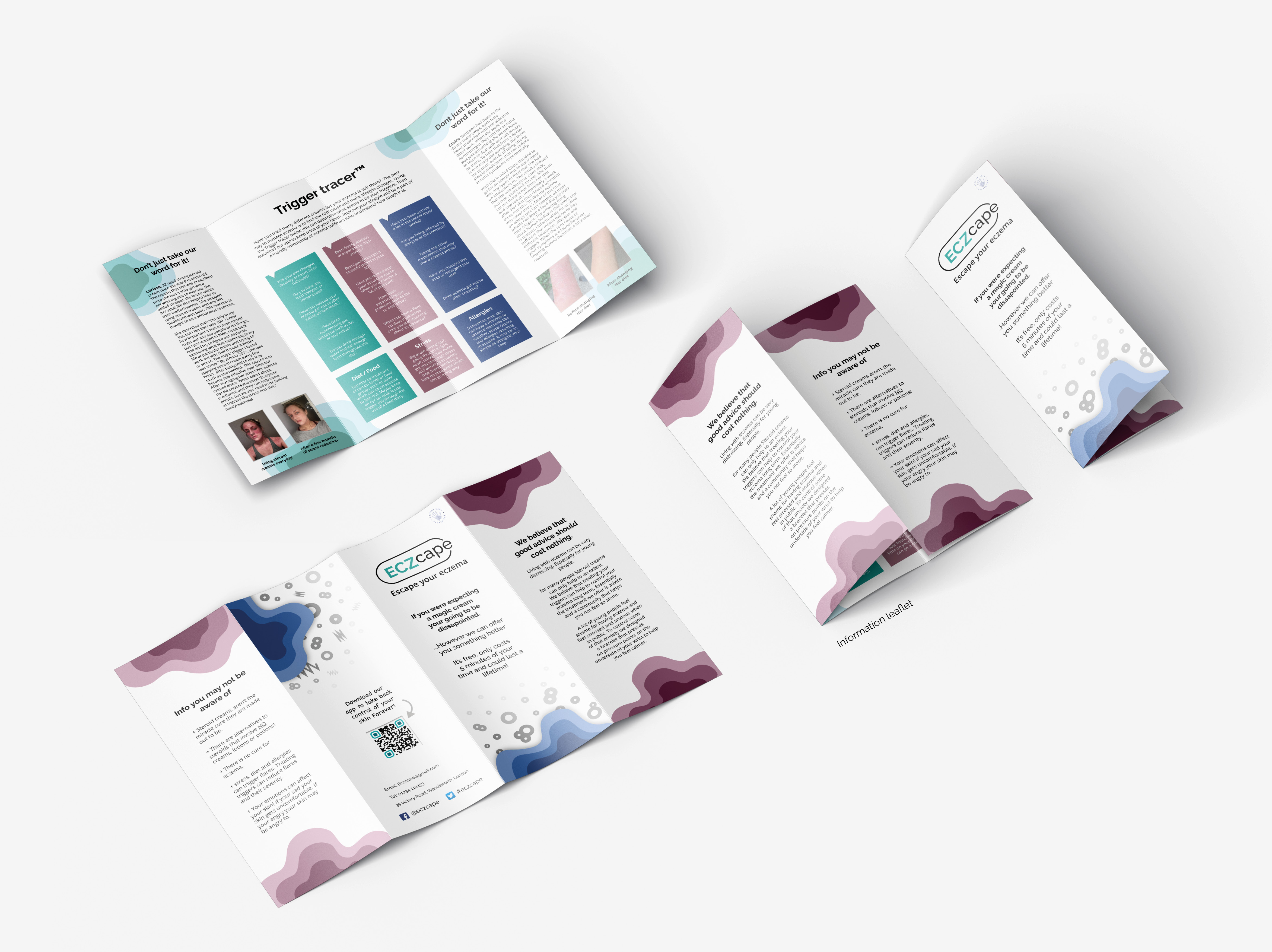 Solution: The aim was to use the brand’s style to attract a target market of people who are willing to spend a bit more money. I achieved this by designing the front of the packaging to be relatively simple and smart with grey colouring while also having a pop of colour to denote a sense of fun. 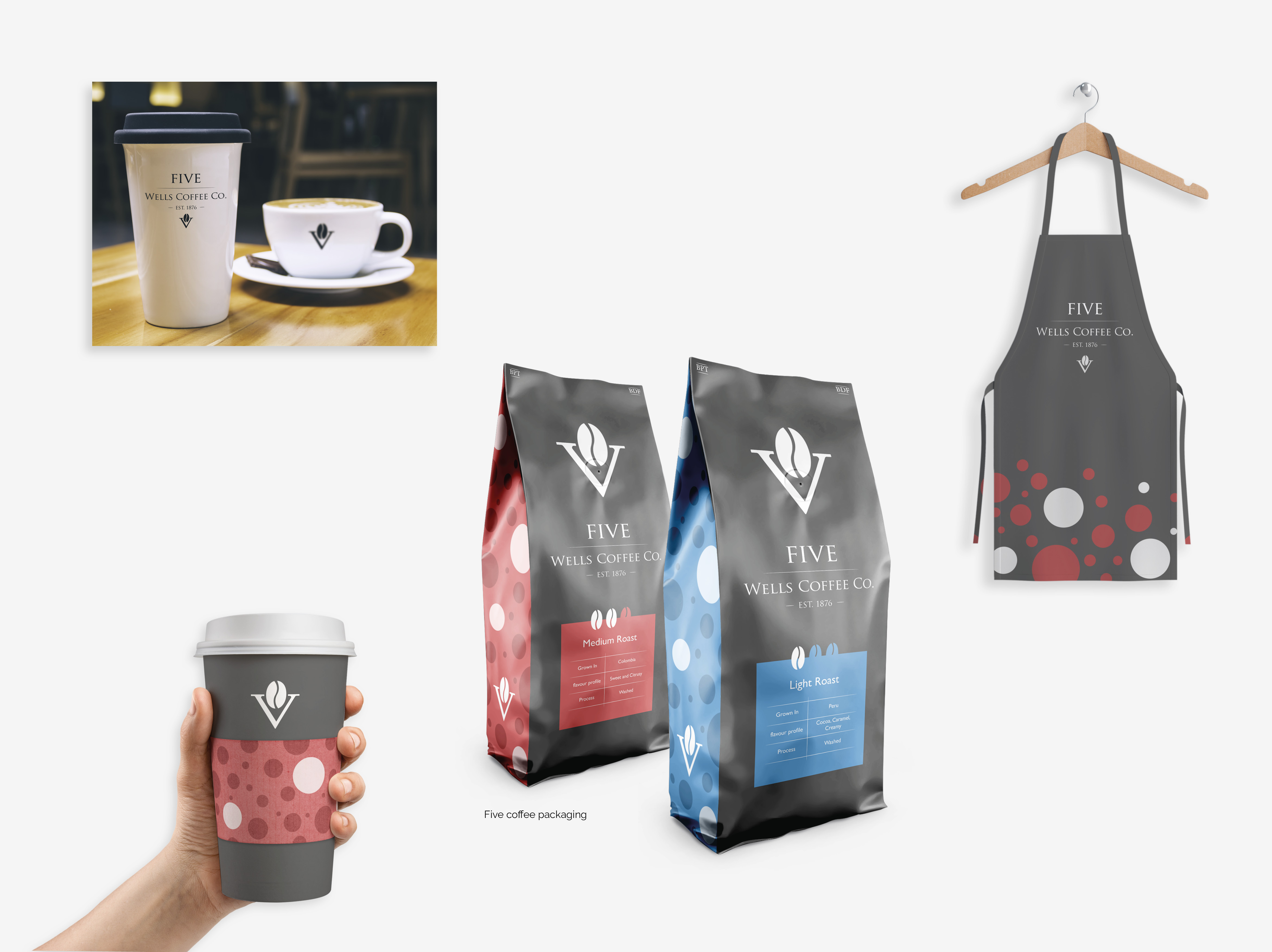 Brief: Design a book cover for the non-fiction book: The uninhabitable earth by David Wallace-Wells

Solution: The common theme throughout the book was heat, which is essentially the whole concept of global warming, so I wanted to show heat in a stylistic way, in the form of thermal imaging. At first glance the cover seems like an amalgamation of colour but on closer inspection has people within the image. The blurriness signifies the uncertainty of humanity and the earth with deep red being the most prevalent colour depicting the extreme heat. 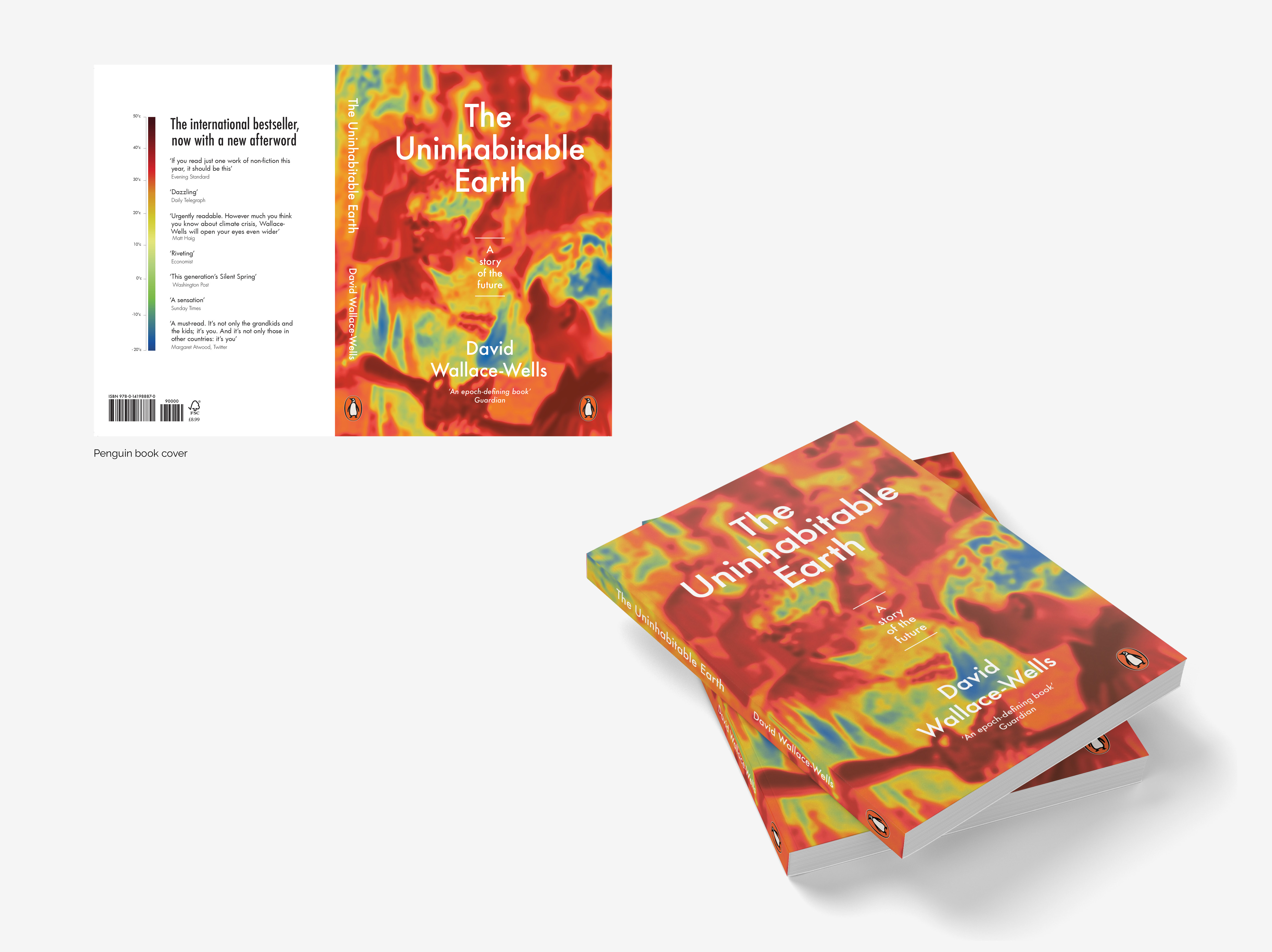 Brief: To create a response to the phrase ‘inside out’

Solution: Youper is an app that provides ai cognitive behavioural therapy to help people think more positively. Mental health has been a much talked about topic during the pandemic and more people have found they are struggling with it. Mould is a substance that spreads, the longer it is there the harder it is to stop. I thought this was a good comparison to the decline in someone’s mental health and provides a striking image. 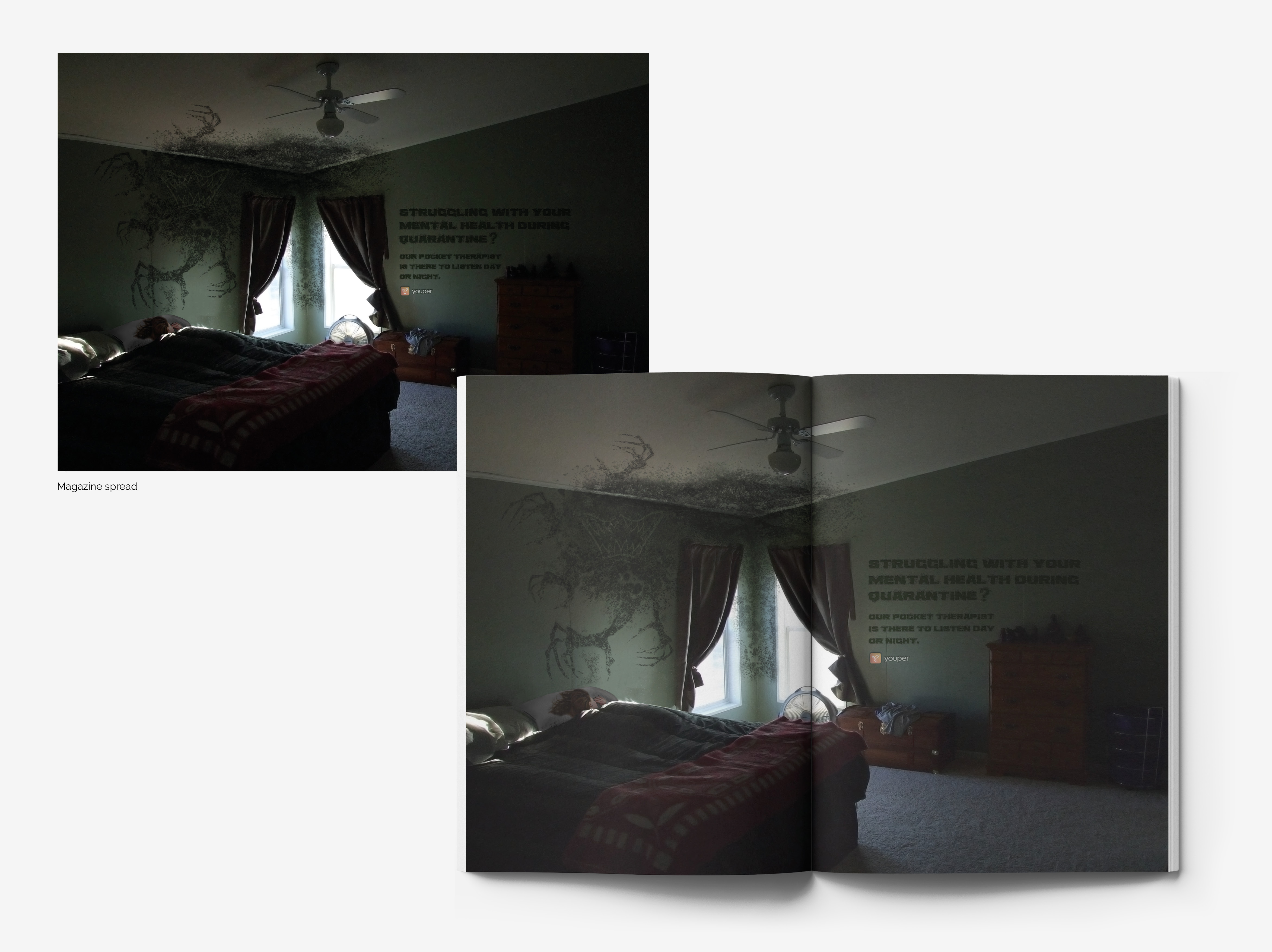